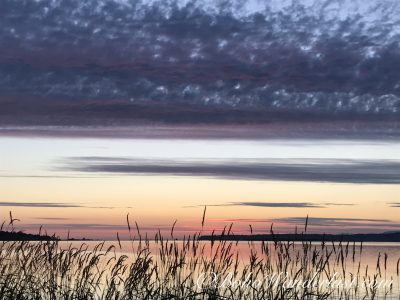 The view from the bay at Birch Bay RV park, looks like a watercolor sunset.  Our visit to this park was interesting to say the least…they had a Phase 1 and 11 in their park, Phase 11 was obviously built to accomodate the larger rigs that are available these days.  But…because of TT’s policy that we are free to choose any site that’s available (they do not issue sites upon check in)…we noticed upon arrival that the larger RV sites…had a lot of small pop ups and the small class C motorhomes.  Because of this they did not have any sites left that would accommodate our larger rig.  This was really frustrating…the Phase 1 sites were 4 rigs to one post and were fairly short in length.  In my opinion it was a stretch to have four to one post as two of the four sites set you up to be reversed, made it very difficult to reach the hookups, due to where the lines emerge from the rigs.  These unfortunately were the only ones available in the park.  Meaning though it was a full hook up site, unless you were a small rig or a motorhome where you can pull in forward, there would be no way your hoses would reach the post.

This side of the park had the rigs packed in like sardines in a can, and that’s no exaggeration.  If you were on the awkward side of the 4…your front door opened up to your neighbors rig that was only, at max 4 feet away…others had less.  It was crazy.  Honestly, I didn’t think we were going to be able to stay there, but thanks to Doug and his ability to maneuver our rig into any spot, so far…we were in. Though we stuck out quite a bit, we chose it for the night and asked if we could move as soon as another spot became available.  They said that would not be a problem.  But due to the fact it was a holiday weekend, the 4th was only a few days away, we didn’t know how long it would be before we found an available site.  We were not aware that the 2nd was the Canadian Independence day…so we were lucky to find a new spot in Phase 11 the very next day as people left after their celebrations.  We stayed there for 2 weeks…and let me tell you, even though many spots became available in Phase 1, every single day, there were 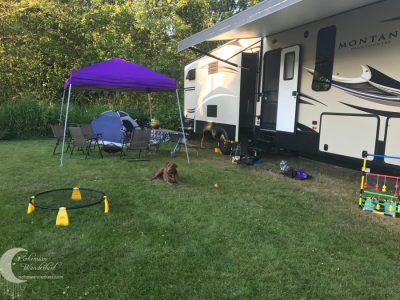 people cruising through Phase 11 hoping to find a larger site to fit their larger rigs, while driving past these little pop ups that didn’t need large pull throughs, I understood their frustration.

I know that everyone pays their dues and should be free to choose any site they want, but I just felt that if TT only took the time to see what sites they had available and the rigs they said they could accomodate,  well maybe, just maybe, they could look out for their members a little better.   I know our rig is exceptionally long and for that reason when I make any reservations I make it a point to ask and make sure we can be accommodated, and when you are told yes…well you expect to find a site you fit in.

Okay…enough that…this is all new to us so, I just wanted to put it out there, so others new to this life style new.  As far as the park’s amenities…it had the standard…pool (which was very small, but heated), no spa, a rec room, 2 play grounds one on either Phase.  We didn’t use their restrooms, but we did use their Laundry room.  This was the first RV park where we were not able to get quarters for laundry from the office.  Most places we went to they would empty out their machines and have quarters available for their members…but not this place.  We made the best of it while there, but definitely not a place I’d want to come back too.  Oh and WiFi…Verizon worked well there but AT&T struggled a little. 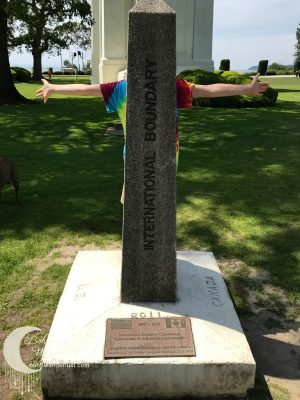 While there we visited the Canadian border.  We didn’t have our up to date passports to cross over but there was plenty to do on this side in Washington.  The bays were so interesting the waters receded so far during low tide and revealed so much of the ocean floor it was pretty wild. 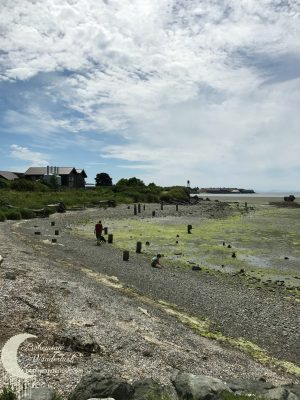 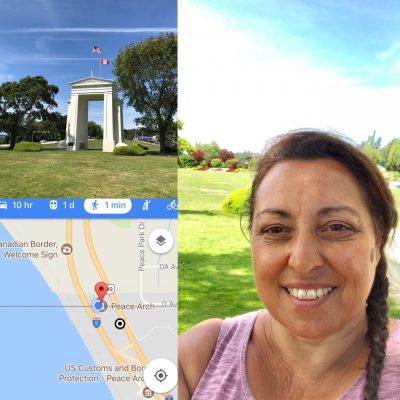 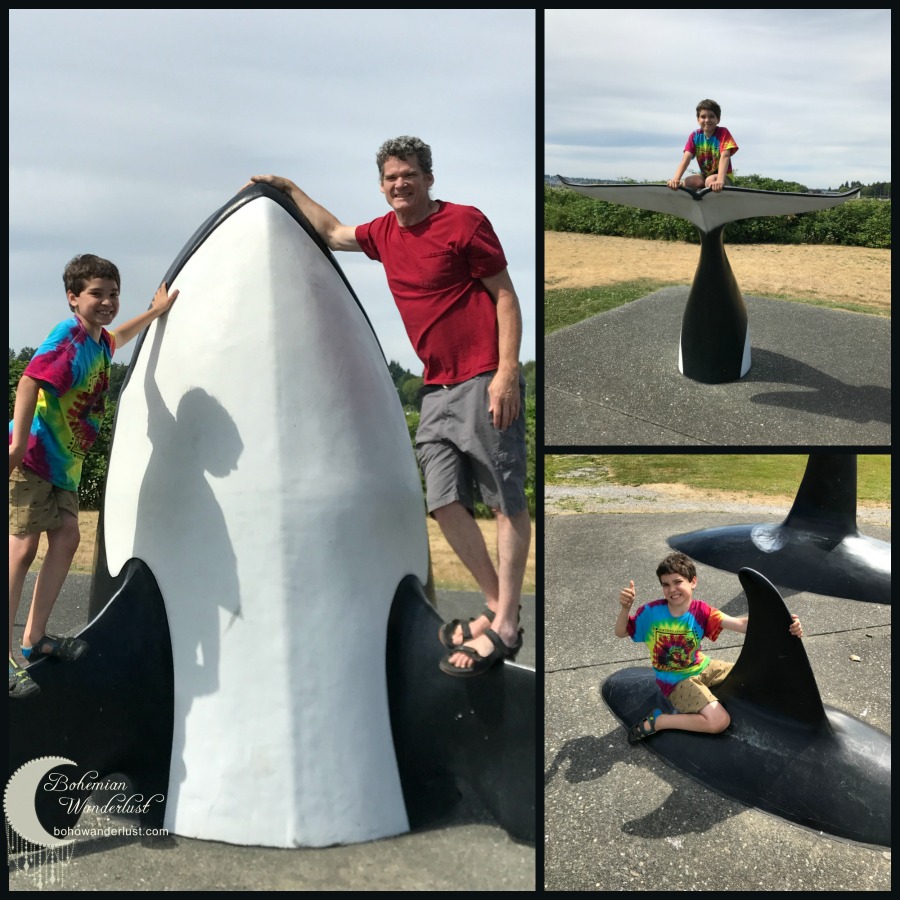 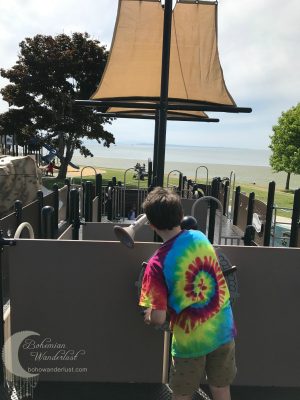 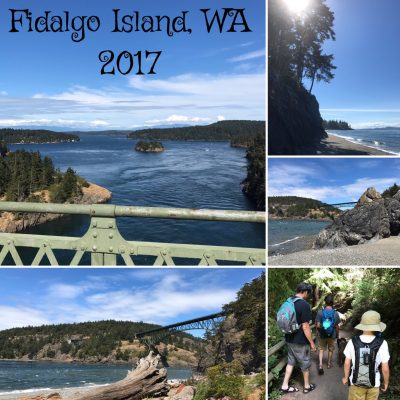 The town of Blaine was very unique and quaint…we found a great pizza shop, La Fiamama Wood Fire pizzas…and ate the most amazing unique pizzas.  We had seafood and pesto, 1/2 Fiona Greek Style with Lamb sausage and 1/2 Pig n Fig…Prosciutto and Fig with an aged balsamic drizzle!  Yummo! 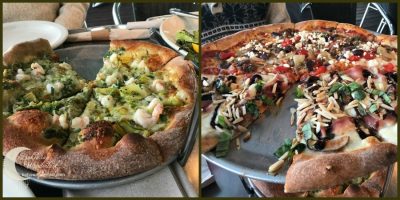 This was our midway point…now we are off to Thunderbird on our way back down through the state and on to Oregon.