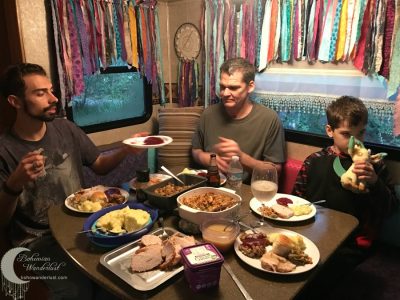 Yep, you heard right…real food on the road!  When we first ventured to hit the road a year ago, first to just travel to fairs and such and now being full timers, I read several post about eating camping meals while on the road.  That’s good and fun once in a while, but I was out to prove I could cook real food while on the road, and that I did.

I’m not gonna disagree with anyone that RV ovens are little and crappy.  The don’t bake evenly and there’s very little head room for raising cakes 😉.  But I’ve made it work by adding a few things…first finding a pizza stone that fit our little 17″ oven.  We looked high and low and finally stumbled upon one at our small local supermarket!

I also purchased an oven thermometer…a must because these little ovens just aren’t calibrated well, or at least mine isn’t.  Granted it’s 7 years old, but having a thermometer helped me monitor it’s temperature throughout the baking sessions.  I have to admit though, not having an oven light is no fun at all, but the light on my phone seems to do the job.

So, what have I baked since we’ve been on the road…well… 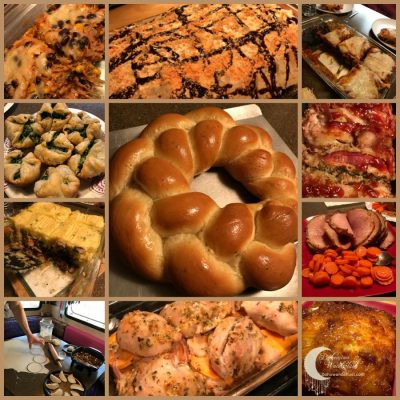 I also equipped Gypsy Moon with an electric skillet and electric pot…both are really handy.  Who wants to use up their propane to boil water…the pot allows us to have Gnocchi, Rice noodles etc.  Here are some of the other meals I’ve created… 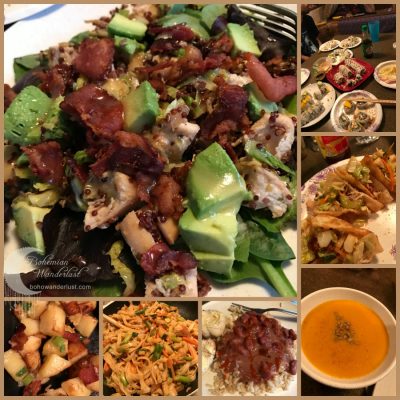 Grilled Chicken Salad
Potatoes with Bacon
Thai Peanut Noodles
Red Beans and Rice
Butternut and Carrot Soup
CopyCat AppleBee Tacos
Sushi, one of our faves, we’ve had Ribs, Corn on the Cob, Steak and so much more.

I love to cook and bake and so far I’ve not felt stopped by my little RV kitchen especially the oven.  I know once the summer comes we’ll be cooking many grilled and dutch oven meals…I’ve never cooked in a dutch oven so I’m looking forward to that!